This simple bowl represents the best of Hohokam culture near the end of more than 1,000 years of pottery making. It’s identified as the Salt Red type, Salt variety, A. D. 1300 – 1450.  Archaeologist J. Scott Wood said Salt Red is “the culmination of the Hohokam Redware tradition.”

Despite the simplicity, it’s a very sophisticated piece.  The symmetry and the consistent thickness of the walls show that the potter had perfect control even without a wheel. Pots were fired outdoors on open fires, where the potter’s control of the fuel and flames was critical.

The red exterior is a highly polished slip, a fine clay coating applied like paint before firing. The interior is smudged, a black surface intentionally produced, often by placing organic material inside the pot during firing.  The pot is then turned upside down to prevent the air from burning the carbon away.  The black carbon sinks into the surface of the clay.

Sometime in the 1400s, the Hohokam culture collapsed and their villages were abandoned.

Around the corner from the Artifact of the Month is an exhibit about “The Greatest Battle,” which took place on what is now the Gila River Indian Community.

In the archaeology wing of the Cave Creek Museum is an exhibit about the life and history of the Salt River Pima-Maricopa Indian Community. There you will see beautiful examples of the 20th Century revival of Maricopa pottery. 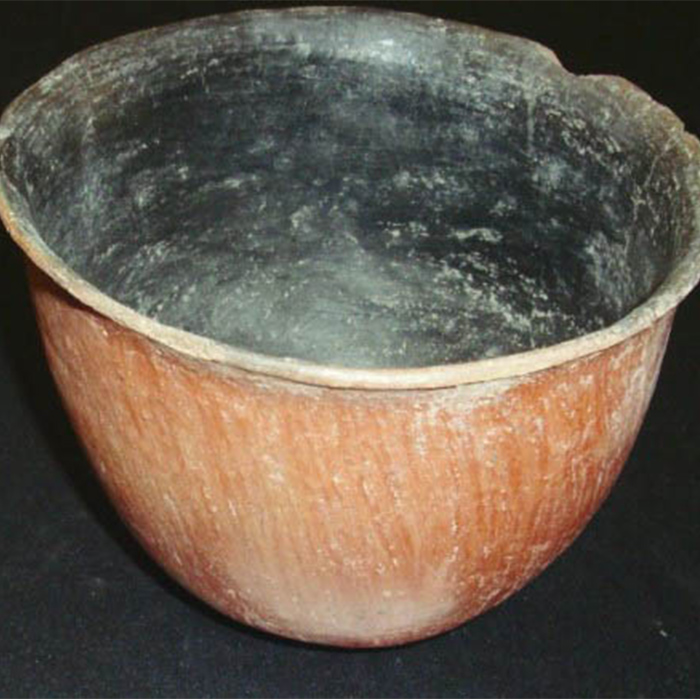