The History of the Cave Creek Museum 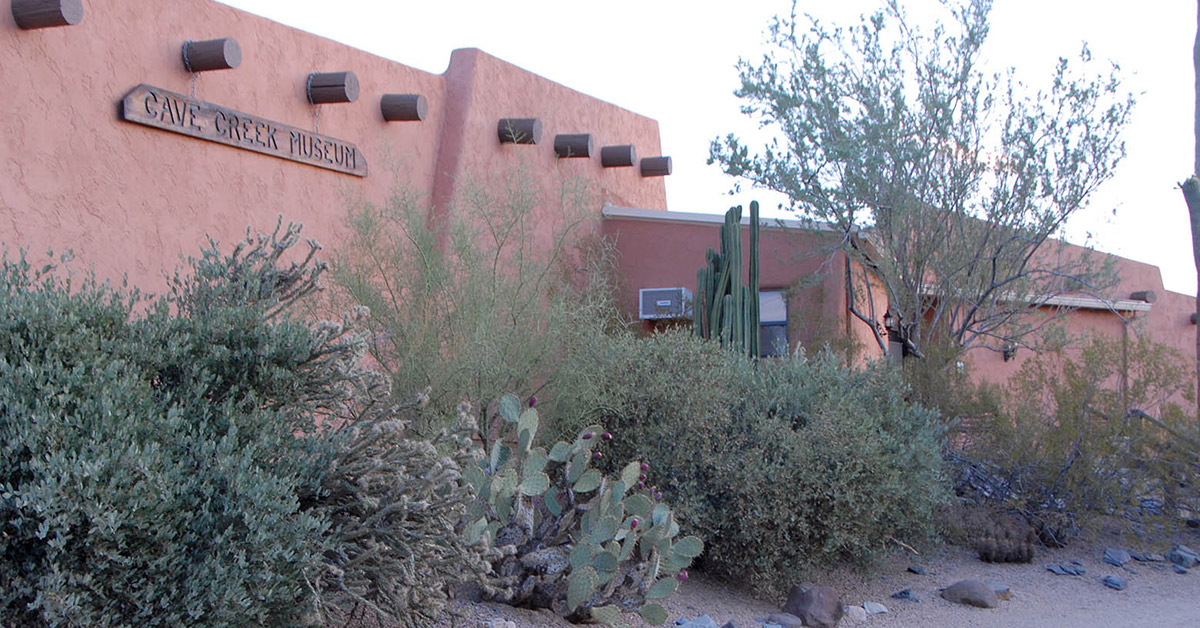 The Cave Creek Museum is housed in a rustic Southwest style building on the west base of Black Mountain. The history of the area is alive with ancient settlements of Native people and traces of early settlers moving West. In 1968, a small group of volunteers founded the Cave Creek Historical Society. Land was donated by Frank and Hazel Wright and Good Shepherd of the Hills Episcopal Church donated the historical church which was relocated to the site. The area would become the home of the Cave Creek Museum.

In April 1970, the Historical Society opened the doors of the newly founded Cave Creek Museum. The venture was run by volunteers and supported by the generous donations from individuals and business around the Foothills area. The focus of the Museum was to preserve and present the history of the pre-history natives and the pioneering legacy of the miners, ranchers, merchants, and settlers of the area.

Today, the Cave Creek Museum continues to uphold its mission, “To preserve the artifacts of the prehistoric era, culture and legacy of the Cave Creek Mining District and the Cave Creek/ Carefree foothills area through education, research, and interpretive exhibits.”

The History of Cave Creek

The foothills area of Cave Creek has been occupied by native people for thousands of years. The area was desirable for its year-round water supply, secluded location, and cooler temperatures than the Valley floor. During the 1800’s the Tonto Apache and Yavapai Indians roamed the land and were successful, for years, in defending the area against intruders. All this would change with the end of the Civil War. At that time General George Stoneman’s company was assigned to Fort Whipple in the Arizona Territory. Their orders were to protect the increasing population of settlers moving into the area between Prescott and Phoenix.

The initial assignment for the U.S. troops was to survey and build a network of supply roads to connect Fort McDowell, on the Verde River, to Fort Whipple, in the Prescott area. Their assignments would evolve in 1873 when prospectors, from the Bradshaw Mountains, found gold in scattered parts of upper Cave Creek. The discovery started Cave Creek’s “gold rush” which would last for 20 years. Cave Creek Station was established as a supply center and a one room school house was built for the increasing number of children moving to the area with their families. Cattle ranching became a lucrative operation, followed by sheep grazing. James D. Houck built the first commercial sheep-shearing station in Arizona on the property now known as Andora Hills area of Cave Creek. For many years Arizona was the lead wool and cotton provider to the garment and manufacturing industries in the U.S.

Typical of the American West, droughts and overgrazing took a toll on the land and the settlers. By the early 1900’s, central Arizona became a health destination for many suffering from tuberculosis. An area along today’s Spur Cross Road became one of the areas that housed tuberculosis suffers. By the 1930’s, the Cave Creek area was the supply base for the WPA workers building Horseshoe and Bartlett dams on the Verde River. Following water reclamation projects, the 1950’s saw the development of three guest ranches; Spur Cross, Rancho Manana, and Sierra Vista. The guest ranches attracted hundreds of visitors to the area for recreation and development took hold. During this time the town of Carefree, Arizona’s first planned retirement community, drew up plans to sell home building lots. Today, both Carefree and Cave Creek are incorporated communities and claim roughly 9,500 residents in total.

From the Prehistoric Indians to today’s residents, the Cave Creek Mining District claims a diverse history in geological and historical time. The Cave Creek Museum is your first destination in learning more about the area’s history and today’s opportunities. After all: “Your Adventure Starts Here.” 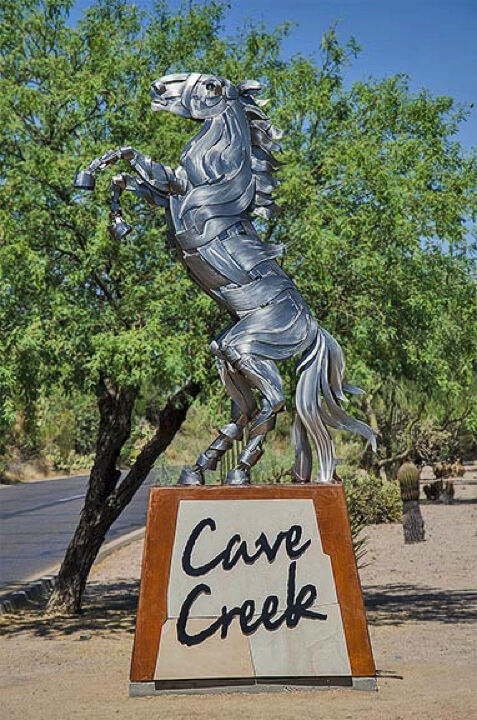