The Cave Creek Museum is proud to house and exhibit an extensive collection of prehistoric pottery, much of it collected from local and regional sites, at first by interested parties as they immigrated into the area; later by professional archaeologists.

Some of the most intriguing pottery pieces are the “miniatures”.  Although they reflect the same characteristics of their larger brethren in material, form, color and decoration, they are generally less than three or four inches tall and wide—sometimes little more than an inch in height and breadth!  They are so small, it is hard to imagine what useful purpose they might have served to the native peoples, but they are as crafted as carefully as the bigger pieces.

Were they created by Native American potters as tiny samples of their work?

Might they have been made by a mother or father as play-things for their children?

Were they fashioned as examples by a parent or mentor teaching a youngster their craft?

Are they creations of small fingers learning pottery from their elders?

Could they have had some sort of religious significance?

Could they have just been created as pieces of whimsy?

Sometimes, artifacts are still so similar to their modern-day counterparts, it is easy to know their use.  Sometimes, scientists can make educated and usually correct conclusions by studying the relics.  And sometimes, as in the case of our “Mini-Pots”, you can only guess and wonder what the pieces’ purpose might have been.   So spend a little time studying these carefully crafted little pots and form your theory about them! 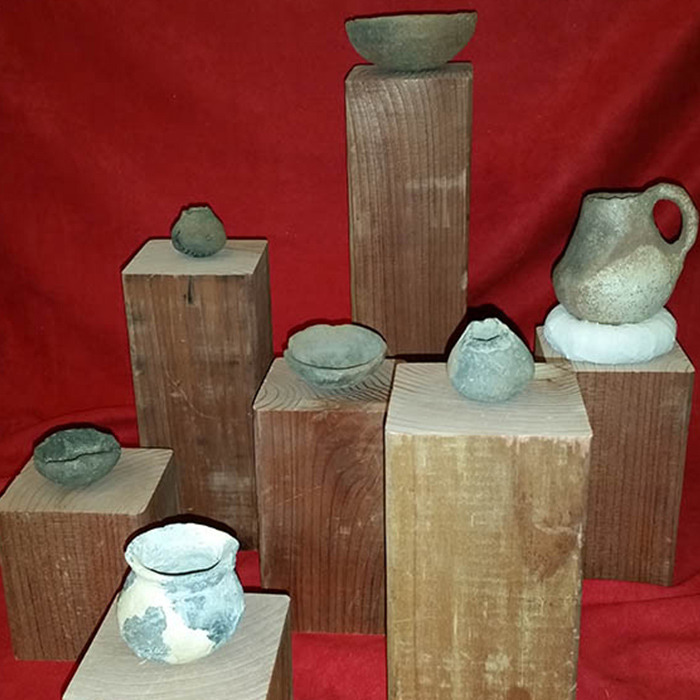